Get A Bespoke Computer 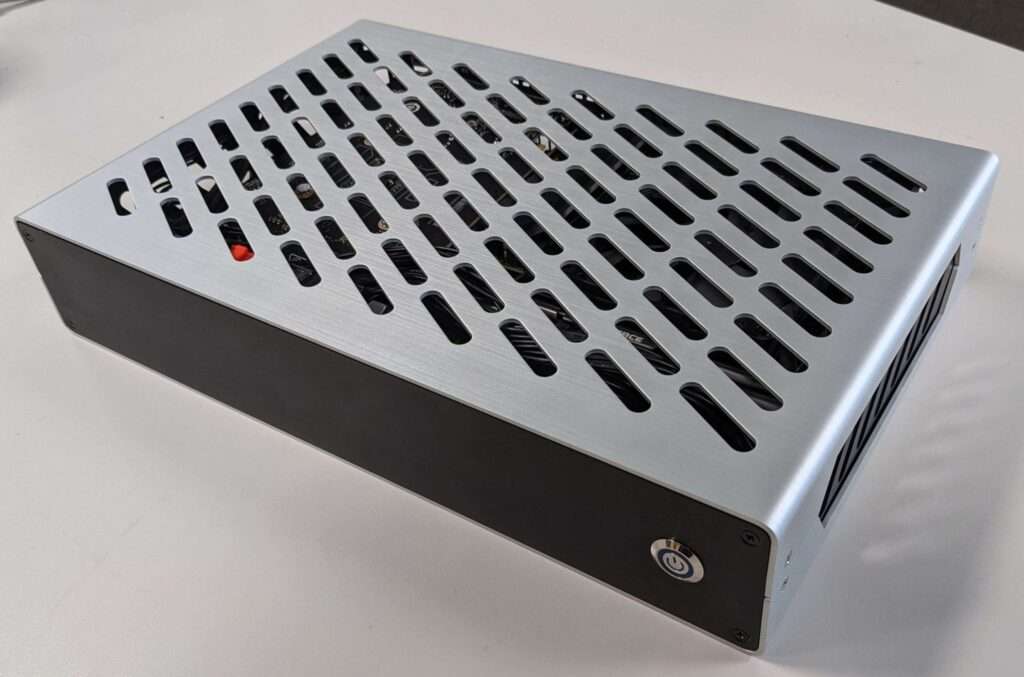 “I was in the need for a new home PC which would manage casual and class usage. Preferred to avoid a laptop, though I’d hated to completely sacrifice all mobility.

After poking through the various cases, I settled on the clever Skyreach 4 MINI from NFC. It hit a sweet spot on size and potential HW. Reached out to Chris and his team at Top Flight Computers and things moved well from the get-go. Clear discussion on parts and the various options. The time period on parsing parts and ordering landed in the wonderful holiday of a pandemic 2020, but TF kept on top of it and communicated progress regularly.

Enjoyed the build out video and the accompanying commentary from professional builders. Thanks, Y’all!” 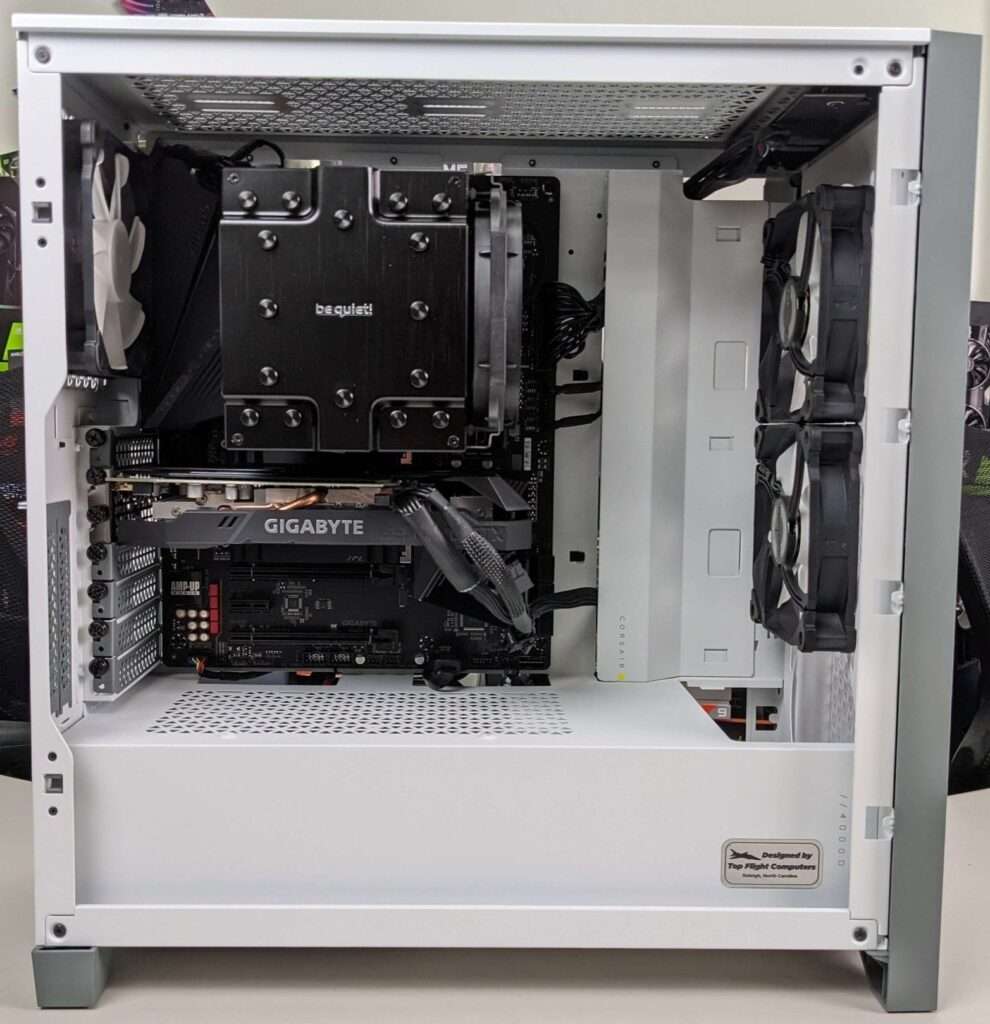 “At Top Flight Computers they are professional, knowledgeable, and customer obsessed. They will bend over backwards to meet your needs.

I am new to the world of custom built computers and didn’t really know what I was looking for. I was able to outline my basic needs and in no time I had fantastic recommendations for my dream computer.

The other great part about the experience was that I was able to get quotes for 4 or 5 different computer builds. I really liked that because it allowed me to get an idea of the performance I could get at different price tiers. Then I could select the rig that met my needs and my price constraints.

I wish I could get this level of service everywhere.

If you are looking for a great custom built computer from people that really know what they are doing. Then look no further than Top Flight Computers.” 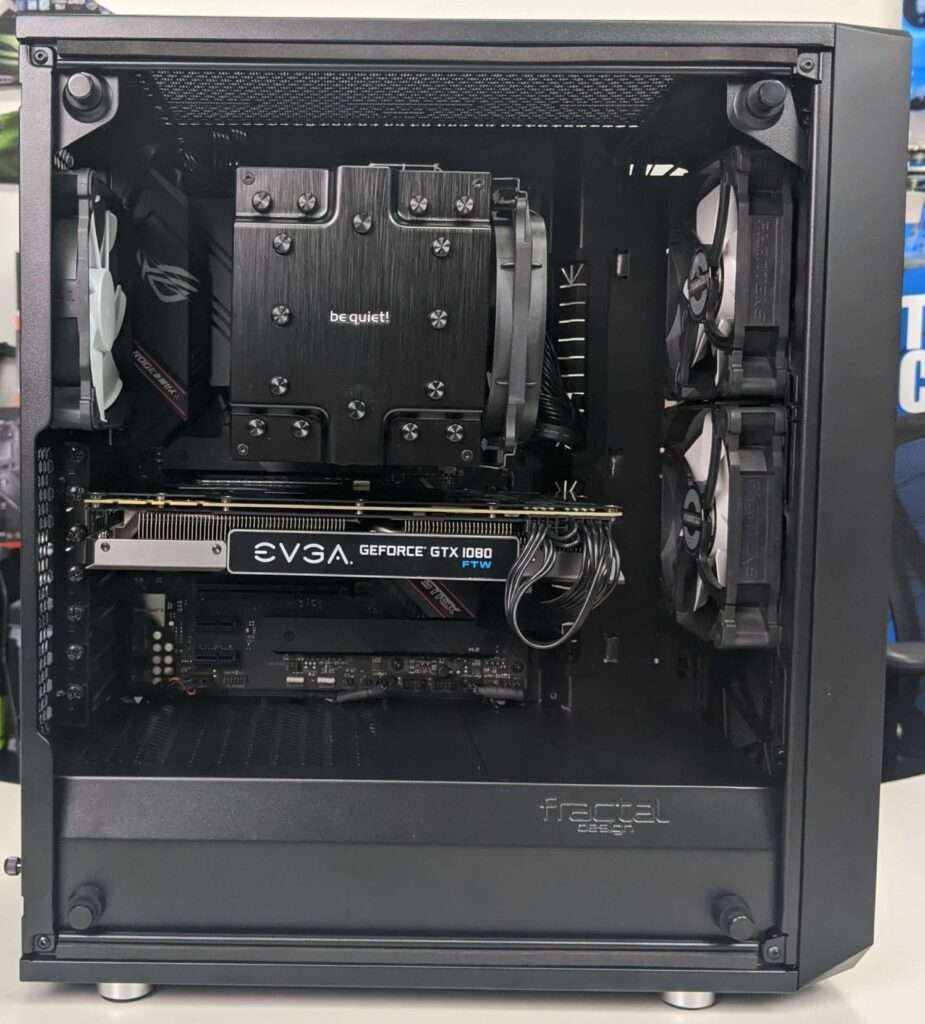 “Great service and they helped me build a great machine within my budget.” 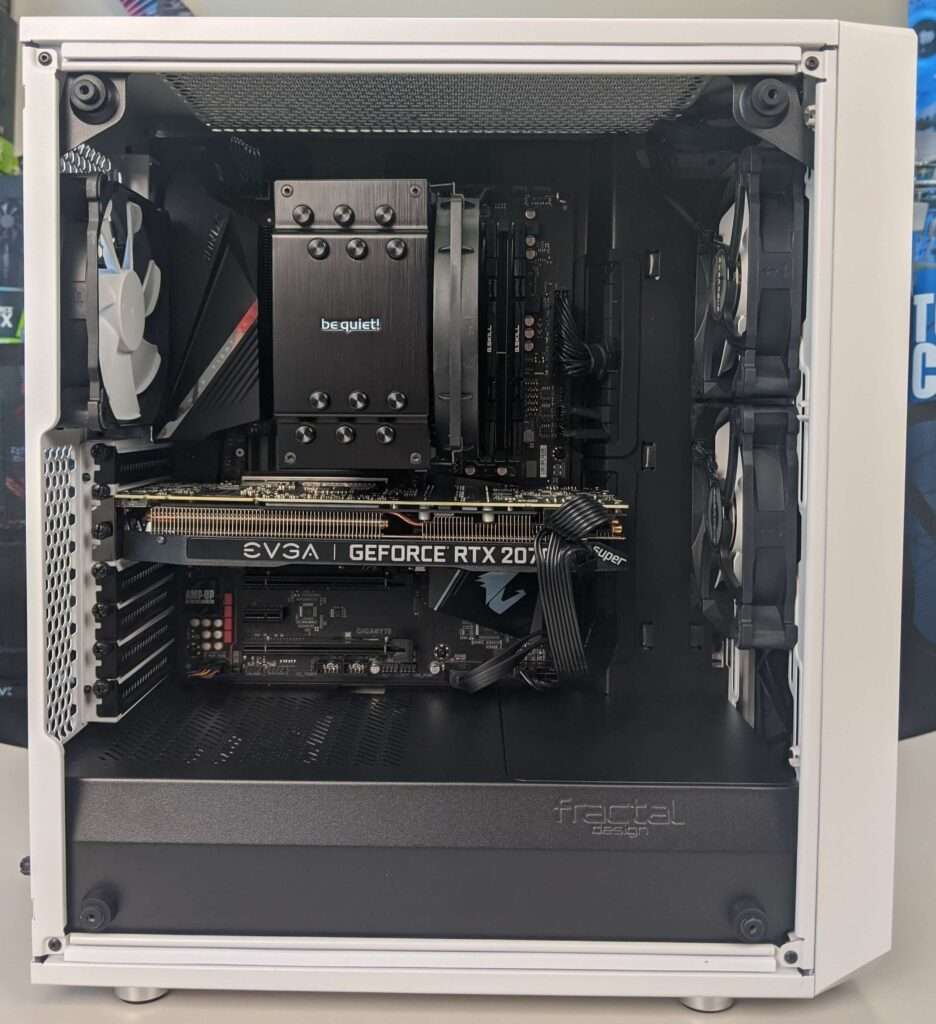 “I found Chris and team through mutual connections on LinkedIn. I’m so glad I did.

From beginning to end, they helped build me a customized 1080p/144hz gaming computer that fit my needs. They even talked me down from getting a better graphics card from them because it wouldn’t fit with my goals. What kind of company convinces you to spend less with them? That’s how great these guys are.

I had the computer shipped here to Tulsa, Oklahoma. They did a FANTASTIC job packaging the PC. It was bubbled wrapped and supported by all kinds of cushions. They went over the top and I’m grateful for it. My computer is running at 130+ FPS thanks to these guys and the computer is so quiet. It doesn’t make a sound. Really impressive.

Whether you know a lot about computers or very little, Top Flight Computers is the ONLY place to get a customized PC.” 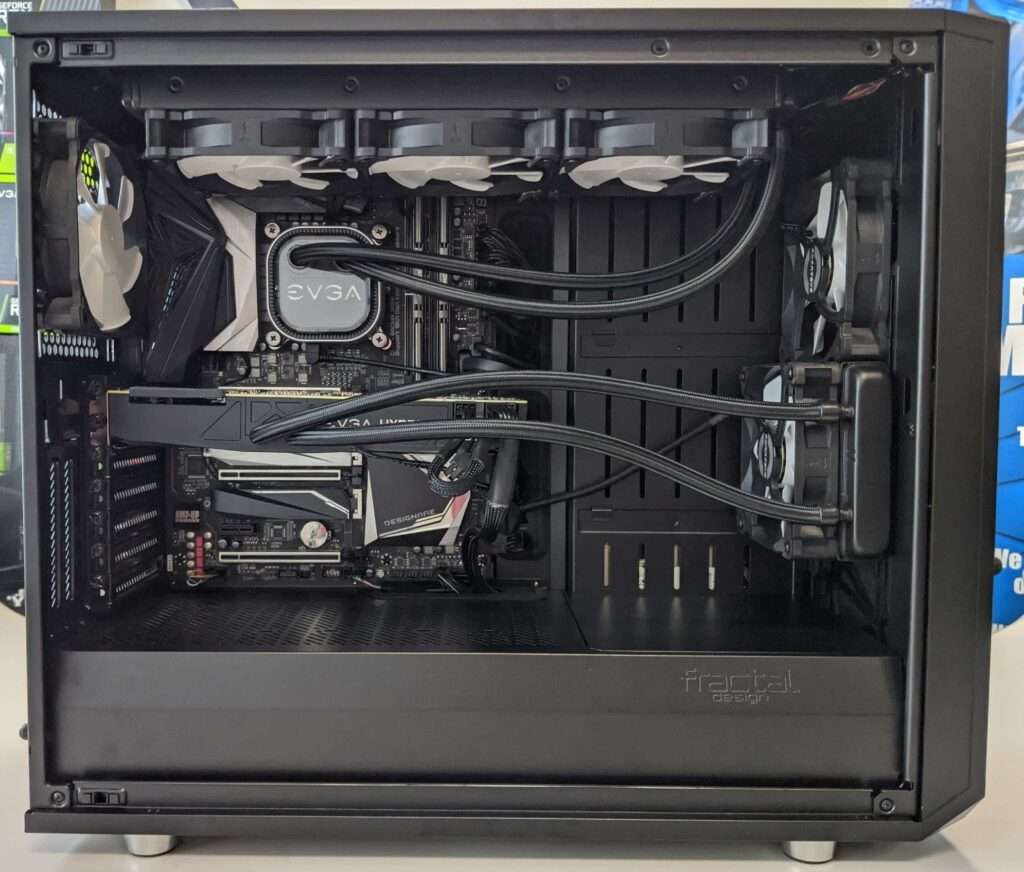 “Top Flight Computers is an excellent high integrity company. Their service is responsive and prompt.

The workstation they built for me to run After Effects, Creative Suite, and light Cinema 4D runs very quickly and smoothly, and even allows for some quality gaming. When I’ve had concerns Chris responded within 24 hours and sorted the issue with a day or two. 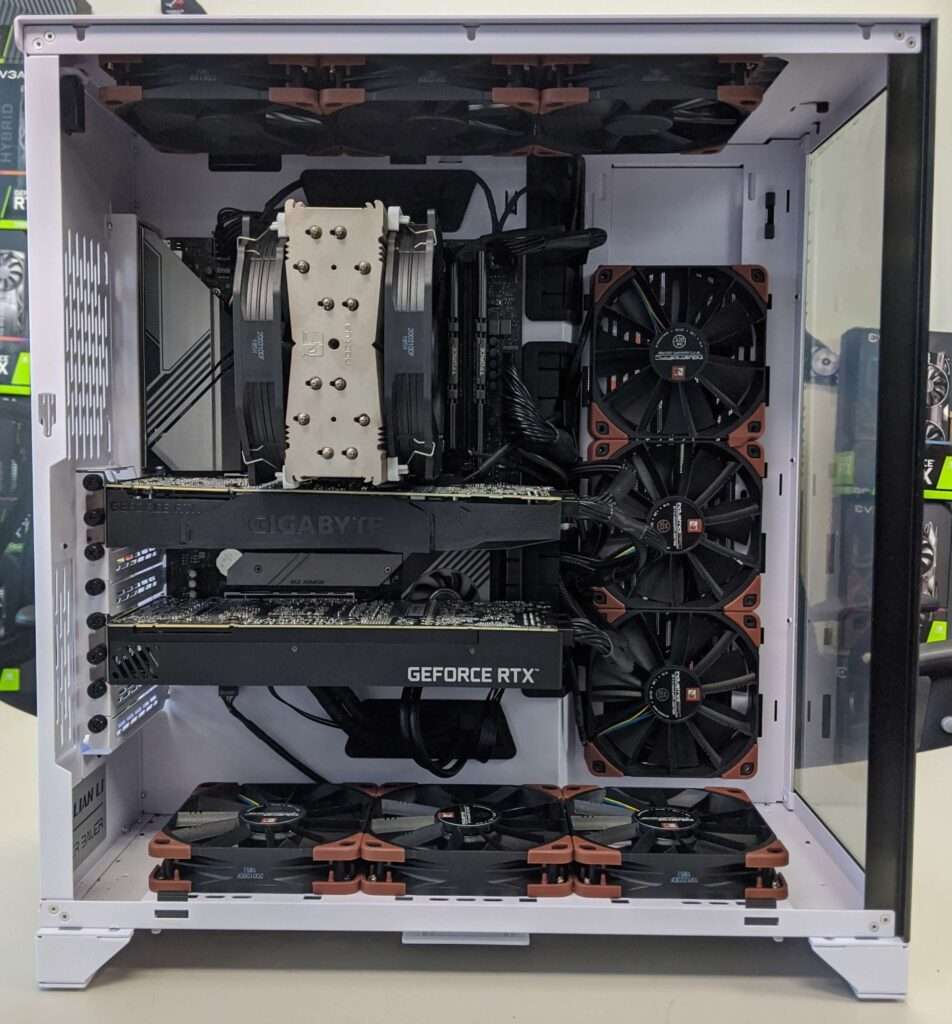 “Top Flight Computers did an amazing job through the whole process of my purchase. Responsive and informative.

Shout out to the sales rep Chris Johnson for always staying on top of everything, answering all the questions I have.

Thank you so much to the team at Top Flight!” 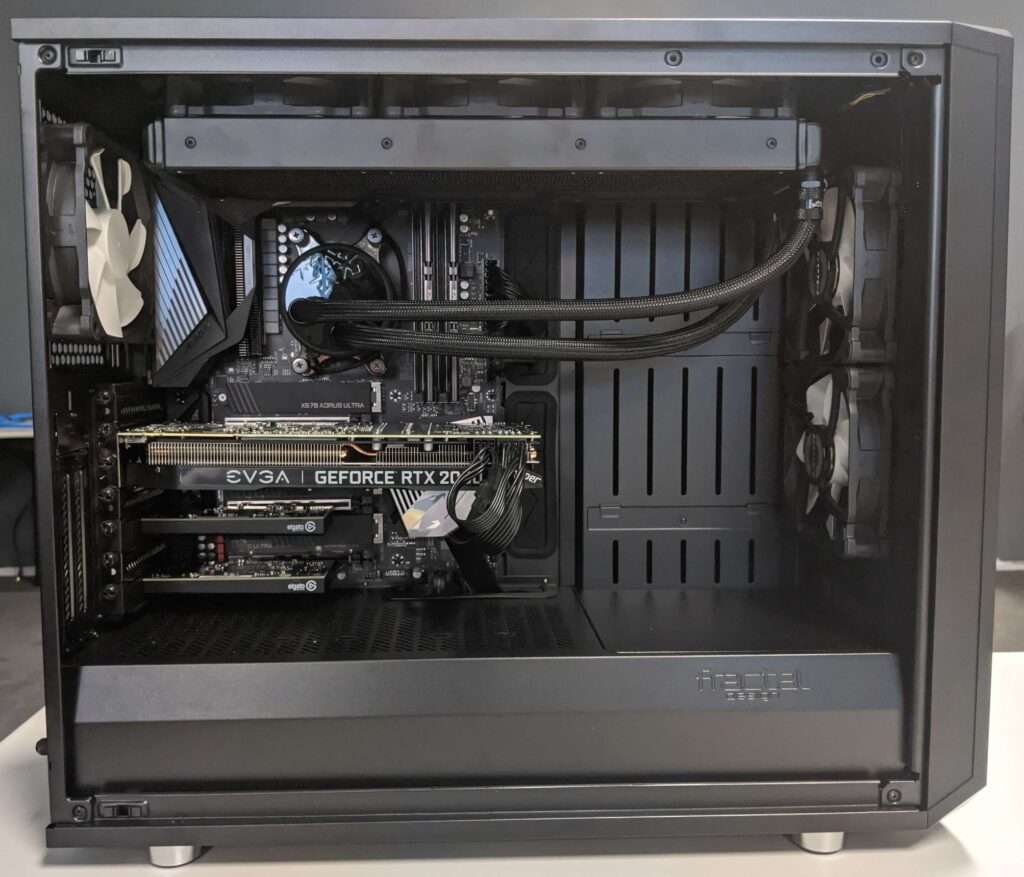 “Have you ever been to a Disney Park? Have you ever left the park feeling like you just had the best experience ever? The food was perfect, the park staff was polite, the rides were a blast…well that’s how I felt during the entire experience at Top Flight Computers.

Chris and the entire staff were helpful, intelligent, and educated me through the entire process. I knew that working with this team was the right move.

In the end, we have a crazy capable computer that offers the highest quality experience for our streaming purposes. #TeamROUSH” 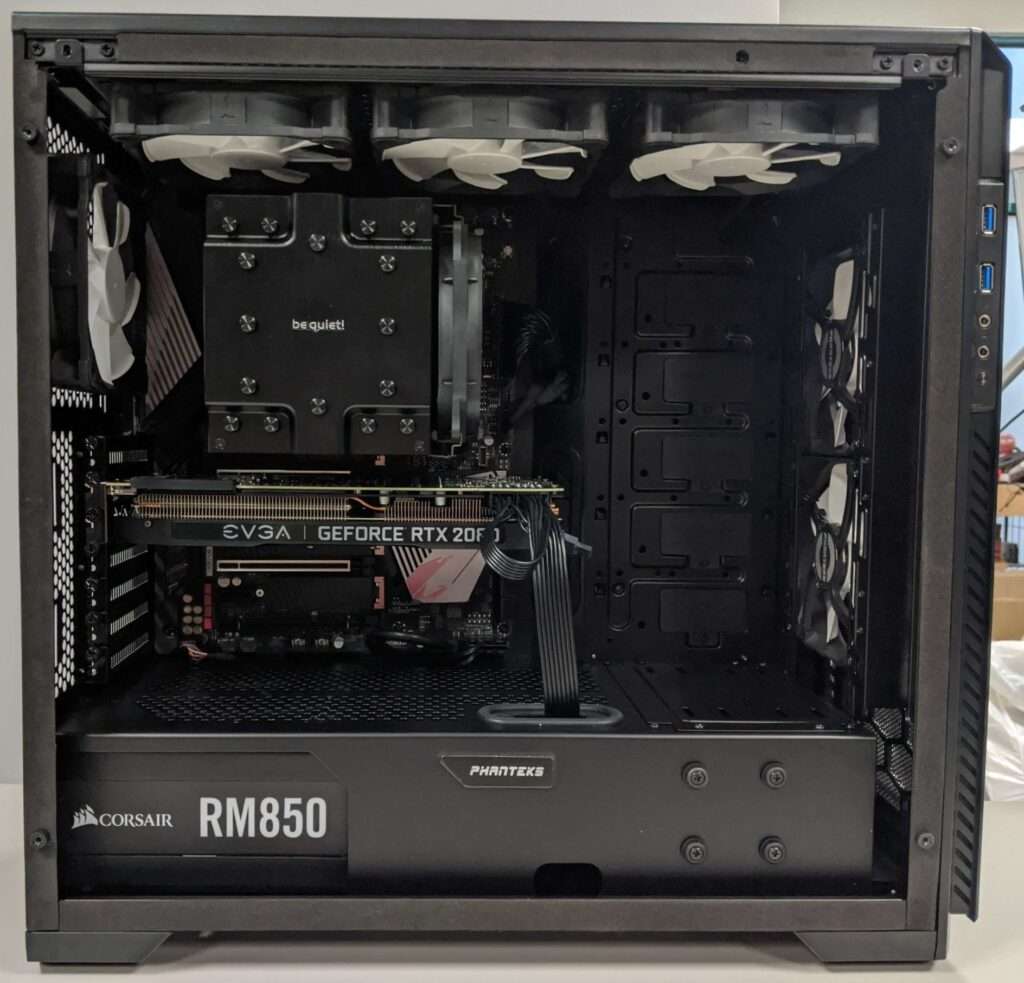 “The guys at Top Flight Computers are very knowledgeable not only in computers and parts but also in a large variety of software’s which was a huge help.

They were able to recommend exactly what parts and pieces it would take to have the machine I was after, and not spend unnecessary money on things that just were not needed for what I’m doing.

Their customer service and ease of dealing with was also another big plus for me. I would most definitely get ahold of them first before any other computer purchases.” 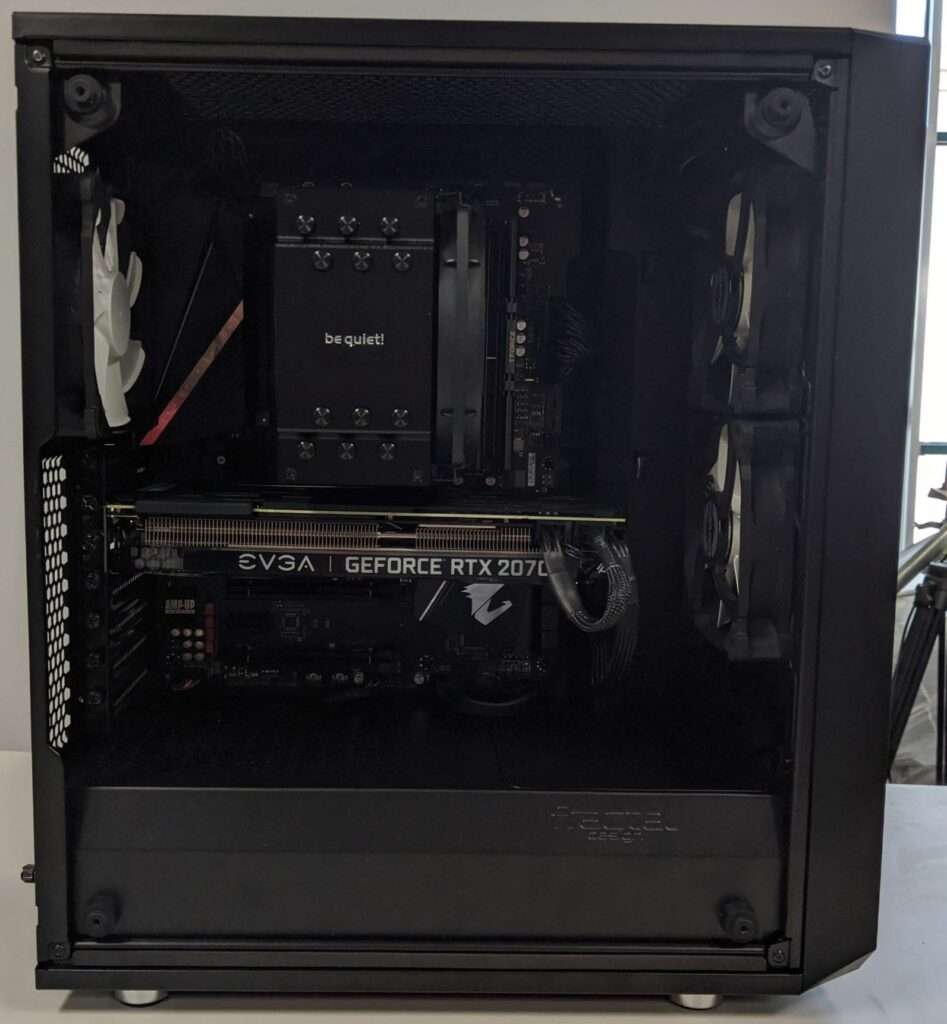 “Chris and the team are awesome. Friendly, knowledgeable and professional.

Can’t thank them enough for making my dream computer a reality!” 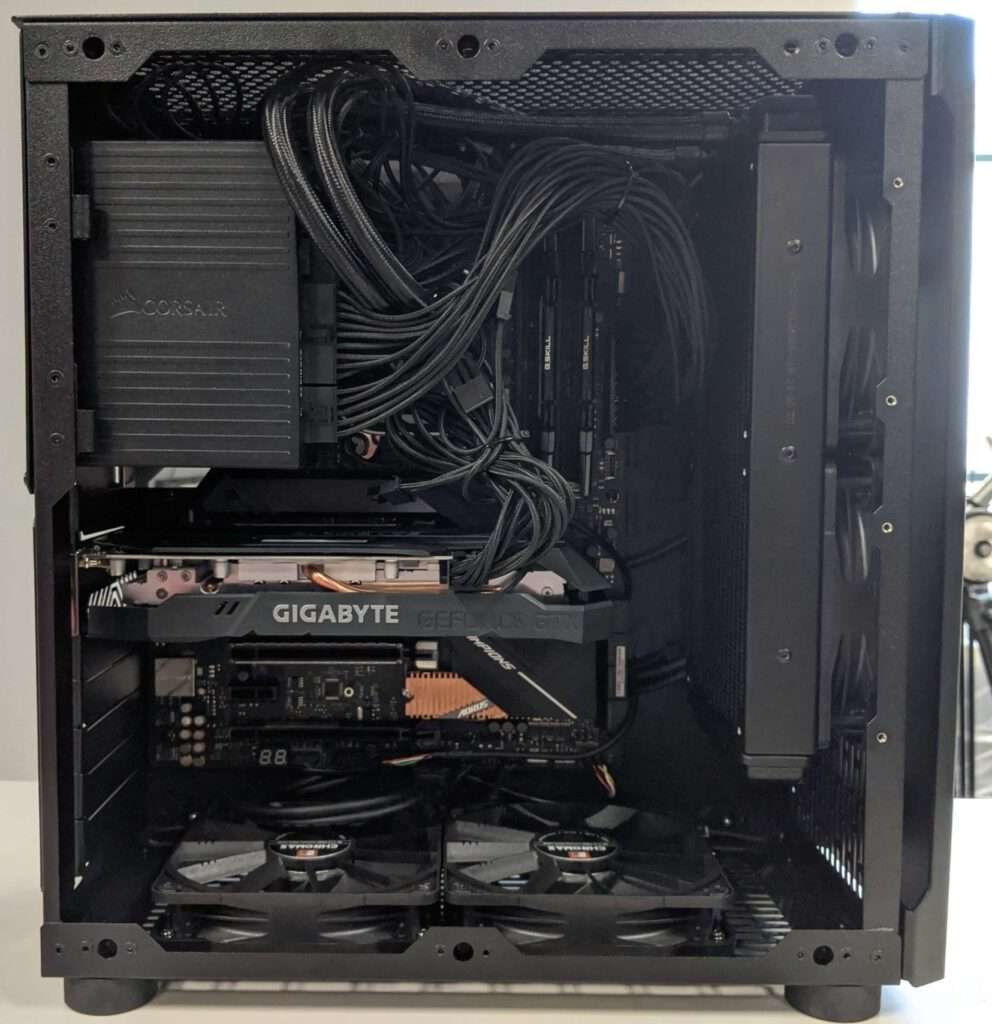 “I found Top Flight Computers doing a specific search for custom computer builds while cruising. I have retired from the high tech industry, bought a yacht upon which I now live and cruise. I missed the more high powered systems and wanted something, in addition to my laptop, that would remain on the boat, act as a chart plotter, and allow me to automate custom tasks.

Top Flight Computers created their “Nautilus” build to meet my rather unique design requirements. I needed low power consumption, as few moving parts as possible, small footprint, ability to leave running 24/7 in situations and communications with the boat’s network and NMEA equipment.

After a few discussions back and forth, they delivered a powerful coding workstation, with plenty of storage, in a small package which I was able to hide behind a cabinet. It is silent. I have given it some airflow. It remains relatively cool after long periods of operation. It consumes between 90 to 110 watts during almost all of its operation.

Great company and team of people. I recommend them.” 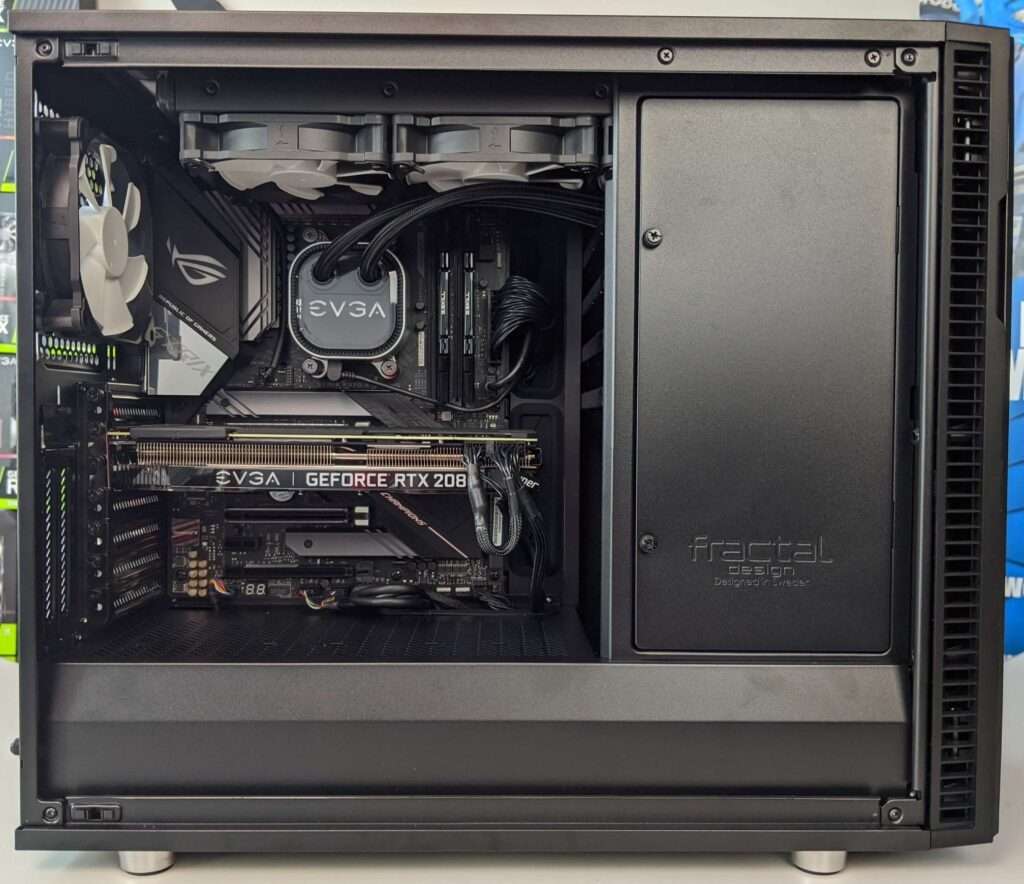 “Expert advise on meeting MY needs. I was 100% confident in the build and got more than what I expected.

Support after delivery was amazing. Though I didn’t have any issues, they helped me with some tech advise on using this elegant and awesome new machine.

I ended up ordering 3 more for the rest of me team. Productivity was coming out of everywhere!” 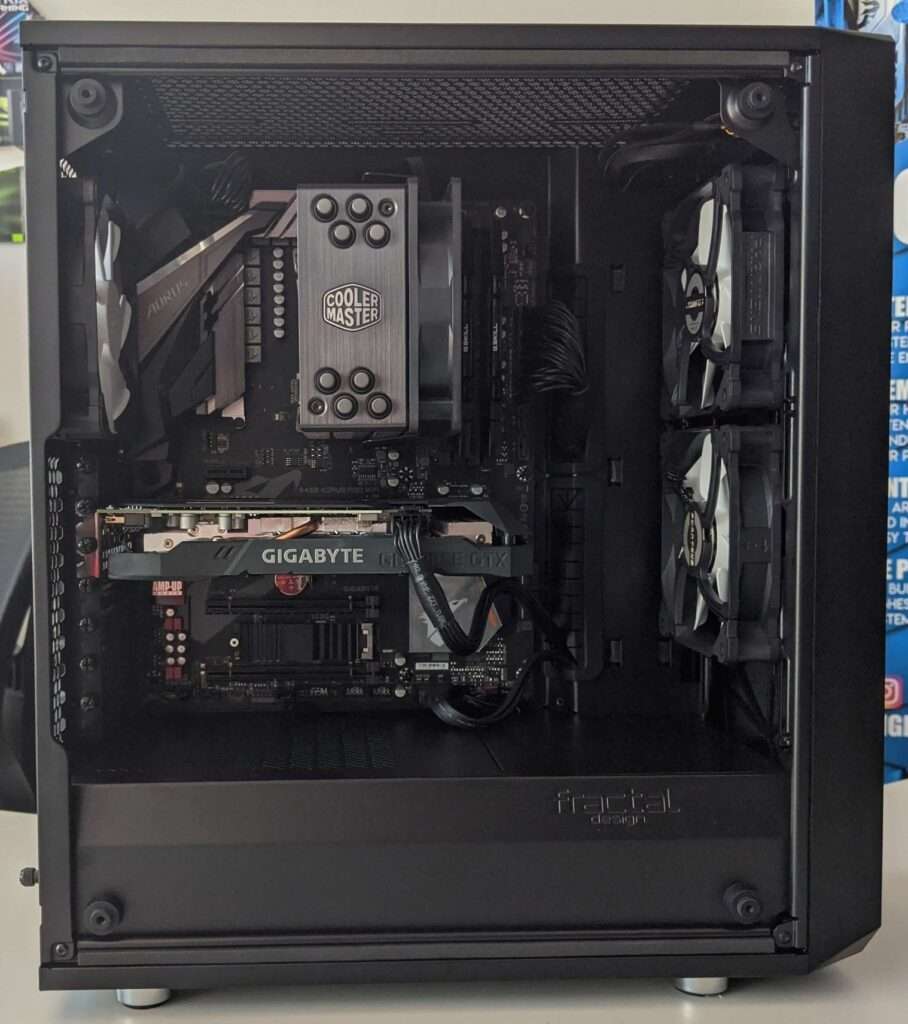 “The crew at Top Flight Computers are amazing!

Detail oriented to bring the customers the very best for the individual needs. Purchased a gaming computer for my daughter that blows away the competition!

Thank you guys and you have a customer for life. I will never buy an off the shelf computer again.”

About your next project.

Refer to our listing on Google for more current hours.